XO Sauce that is.  It’s the sauce of all Chinese sauces; I call it a master sauce as it makes any dish extraordinary.  XO Sauce – it sounds opulent and it is but alcohol it has not, not a drop. It’s actually chopped dried seafood, usually scallops, fish and shrimps, cooked with chili, onions, garlic and oil.  Served once upon a time only in gourmet seafood restaurants, a few companies today produce it commercially – I love Lee Kum Kee’s XO Sauce and you can find it in selected high-end supermarkets.

Expensive yes but I love that it is made more available.

It is exquisite on its own but it adds oomph to noodles and pasta dishes, vegetable dishes and even on fried rice.  When I’m famished and feel like something succulent, or if I want to impress but don’t have time, XO Sauce saves the day – never fails.  Any vegetable available should suffice, really.  Here’s a favorite!

I love Sagada for many reasons but one that is high on the list is the food. Early on, this quaint, bucolic town already serves simple yet appetizing meals. Imagine a dish called Tuna Fried Rice, which is simply tuna (from the can) mixed with mountain rice and veggies. How simple is that? 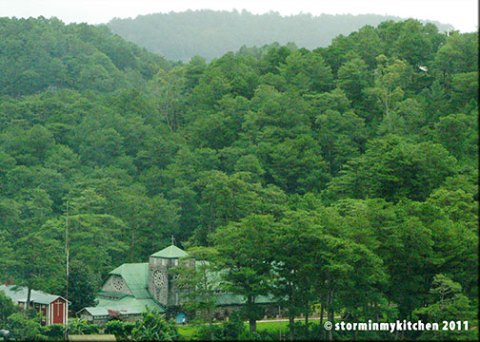 It could very well be the mountain town ambience but I remember downing that fried rice with so much gusto – amazed at how good it was. Many moons later, Sagada has transformed into a gustatory delight of sorts with several charming restaurants serving up delightful dishes, contradicting the bland cuisine known of the Cordilleras. Foreign and local tourists, artists, balikbayans (returning residents) have most definitely influenced this transformation. Highlighting some of my favorites:

On one of my early travels in Sagada, I came across this charming log cabin by accident (but would have eventually found out about it as the town is pretty small). We were on our way back from Lake Danum when it started to rain and thought it best to wait it out in that charming cabin we passed on our way to the lake. With a good cup of coffee, we knew we found a gem that afternoon. They served simple yet great tasting dishes – definitely a notch higher (I dare say) than all the other restaurants there then.

Pretty soon, it became a place to hang and meet fellow travelers from different walks of life and culture. It was such a small community of travelers then and sharing travel tales over a plate of pasta was such a delightful experience. Even back then, reservations were preferred and encouraged ordering in advance as the owners, Dave and Janice Gulian would only market and prepare the food according to the orders made that day.

It is as famous, if not more sought after today especially on Saturday when French chef, Philip Aklay prepares the Saturday dinner buffet – reservations are now required.

Before his stint at the Log Cabin, he used to bake and sell breads out of his home and when I’m there, I would buy from him.

Regular days or Saturday buffets, the food is almost always impressive. A must try on their regular menu: Pork Tenderloin 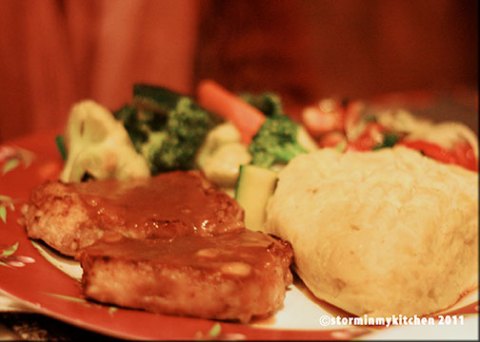 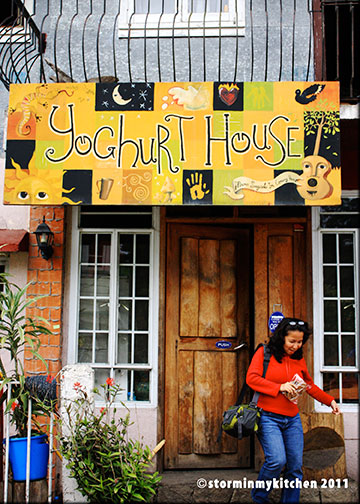 Yoghurt is my best friend so gravitating to a place called Yoghurt House is not so far-fetched. They don’t only serve yoghurt but really good food too –

but let it be known that their homemade yoghurt can give commercial yoghurt brands a run for their money. The service can be a bit slow even for Sagada standards but what comes out of the kitchen makes you turn a blind eye. A must try:

Roasted Eggplant with Basil Pasta – something unexpected in a simple café up in the mountains, that’s for sure!

A friend of mine consistently orders this Curry Chicken – I swear he goes up to Sagada just for this.

Also not to be missed is this tender, perfectly seasoned and fried Breaded Pork Chops.

Another great cozy place to while the time away.

The view from the balcony

I once spent an afternoon reading out in the balcony while my friends roughed it out at the cave. One of the best lazy day I’ve had.

I swear… anywhere you go in Sagada exudes a sense of relaxation and Lemon Pie House is no exception. Another great place to lounge around and finish that book.

It doesn’t help that their Lemon Pie is so good and with mountain coffee, one slice is never enough. Try their egg pie too — also a winner.

The place is so plain that I ignored it for years. But as fate would have it, we decided a few years ago to try their breakfast and was pleasantly surprised.

Their crepes were light and thin while they impressed me with the bacon – cooked just the way I like ‘em, crispy but not burned. 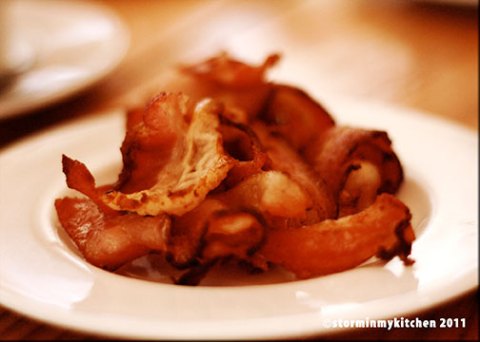 Is not a restaurant, eatery nor a place. It is a smoked dried meat, a local delicacy that is often added to a local dish called Pinikpikan.

It also goes well with any dish with legumes – I like it in my monggo. Deep-fried and dipped in vinegar is supposedly good too. Etag is normally sold in the stores in town.

You are currently viewing the archives for October, 2011 at Storm In My Kitchen.